As for the general design of the camper, I dived back in the swampy fields of humankind's collective knowledge to extract information about hooking up solar panels.

I have to admit that I was not impressed.

I would have thought that this was a mostly solved problems, but it appears that the field is a giant mess of conflicting informations about do's and don'ts, so in the end I had to take a leap of faith and take sides.

Conceptually, it's all very simple:
Doing that would actually kind of work, except it would probably kill your batteries, and fry your appliances.

The list of things that can go wrong and cause cascading side effects is quite impressive actually:
And I'm not even talking about fuses, startup solenoids, slave relays, 12v vs 24v vs 48v systems and serial vs parallel coupling, MC3 vs MC4 vs other connectors, ...

The book covers about everything, from the various types of solar panels, inverters, fuel cells, grid connection, how to connect the secondary circuit to the primary one efficiently, monitoring, circuit breakers, etc...

Additionally, the author (Australian) is willing to answer questions you may have, and has been building off-road campers and solar solutions for himself and others for quite many decades: He already experienced all the problems, so you don't have to discover them yourself again :)2

On the side I also had interesting email exchanges with few enthusiast that shared their experience on various camper related forums, and it all seemed to match.

Ultimately you have to realise that most of the information is conflicting because of two main parameters:

Most of the information available is related to installation for buildings.
Obviously this is a totally different usage scenario compared to a sail boat or a camper van.

The second parameter is that the technology have been progressing very fast, while many professional installers have continued using the methods they've been using for the last few decades. 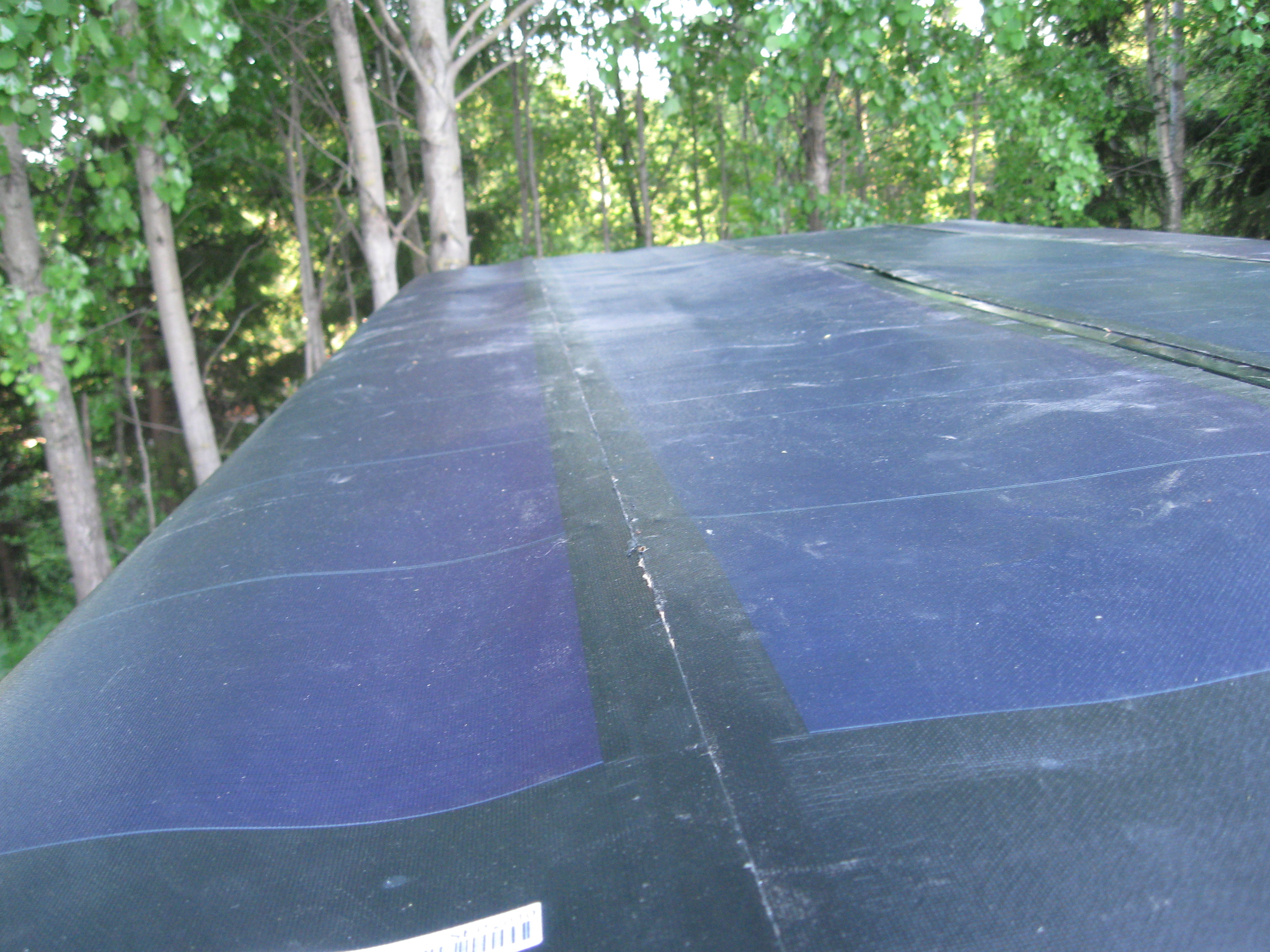 Unisolar PVL68 on the roof
Living in Norway brings interesting parameters to the equation.

Obviously, Australia and Spain have a much stronger sun reception than Scandinavia, so naturally one would dismiss the solar energy as something viable.

One thing though: Because Norway is closer from the north pole, it has a much longer day time than southern countries, so what is lost in term of intensity is somewhat compensated by having sun for a longer period of time each day.

Still, in order to have a viable system, we needed to have as much input as physically doable, which is why we choose to cover the entire roof with flexible solar panels. 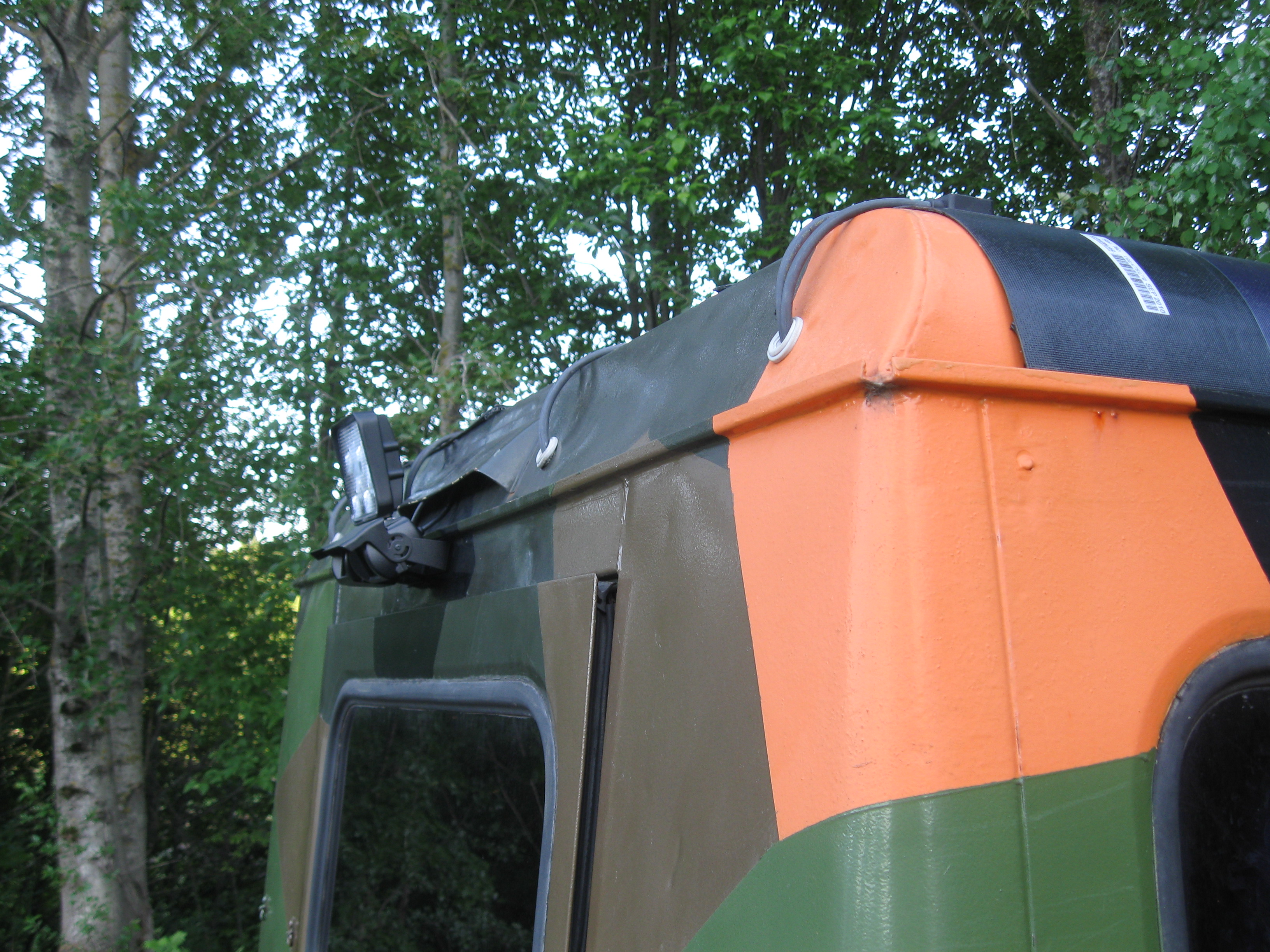 We drilled four holes in the back panel of the car, over the back door, and passed the cables of each solar panel through a rubber gasket and sealed with a flexible sealant.

From the inside we then connected the four panels two by two in serial3, and then in parallel, which gives us both the 24 volts input we need, and also the doubled intensity. 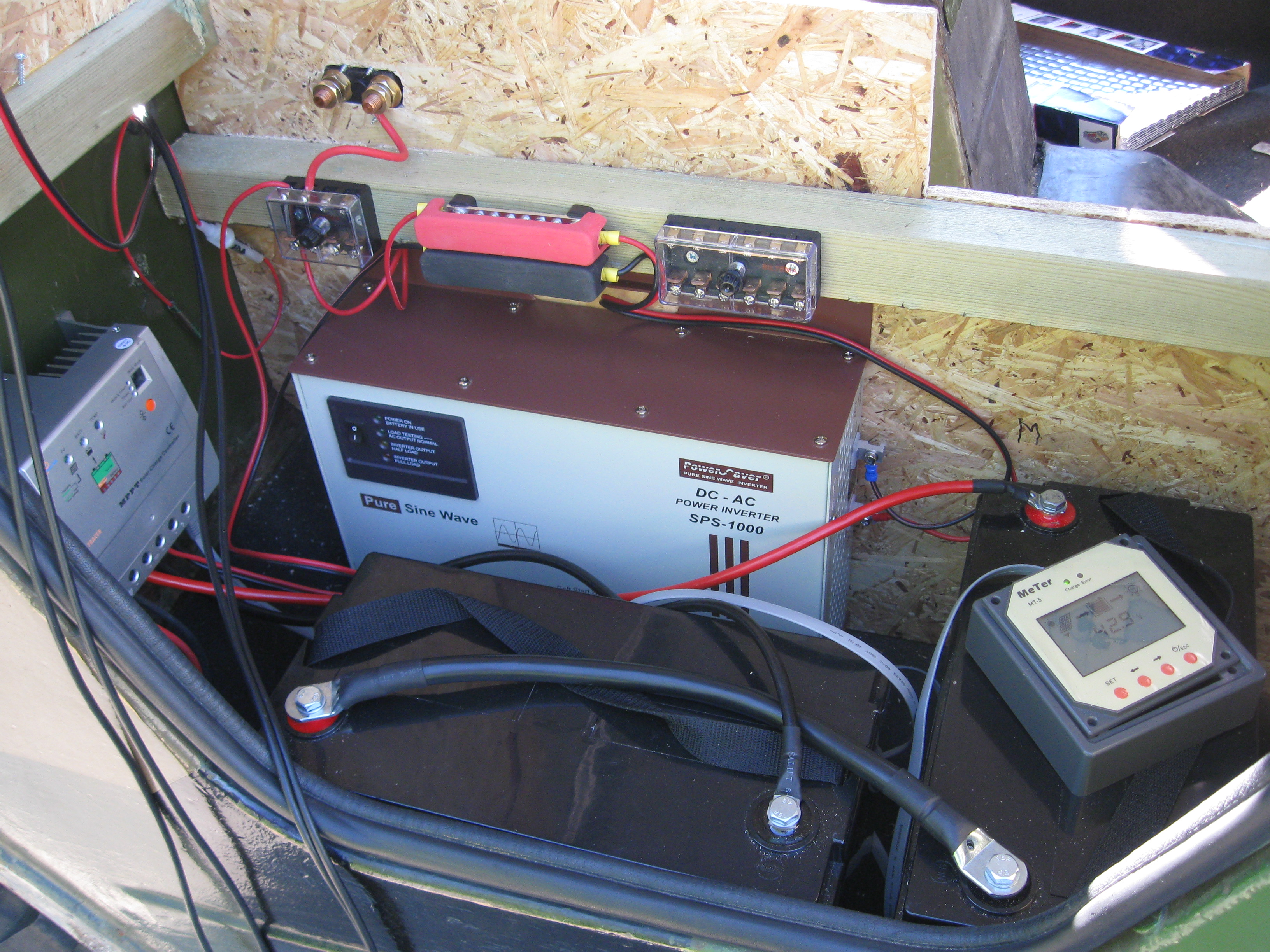 The technical bay
From there we connected to four metres of solar rated cables, down to the charge controller4 installed behind the driver seat.

Then close from the charge controller we have two 140 Ah AGM batteries5, as well as a 900 watts power inverter allowing us to use 220 volt appliances instead of costly 12 volt ones.

It is too early to say if the set-up will allow us to live off-grid for more than a few days, or if the power used is more than compensated by the sun, but so far we have been able to run our fridge, auto-radio, fans, light and recharge our laptops and gps without a problem.

Winter is also going to be an interesting experience: Will we be able to keep the batteries charged, or will they dwindle and die?

When we got the valp, we got very annoyed at the fact it was entirely cabled in 24 volt6, because it made it difficult to find some of the replacement bulbs for the car.

Now that we've got all this electric system installed, I'm glad we have stuck to using 24 volt: It made it much easier to select which cables to use, and it reduces the electric losses significantly:

To pass the same amount of electricity, you need only a quarter of the section required for a 12 volt installation.

What it means, is that by using the same gauge as a 12 volt installation we are actually reducing most of the electric losses that would otherwise happen!7

The electric circuit
1. They deliver much more, and you need a solar charge controller to convert the voltage to something the batteries will like↩
2. And no, it's not advertising, I'm just glad to point out useful resources↩
3. The first is connected to the third and the second to the fourth to balance the solar exposition over the four panels.↩
4. EP Solar MPPT Tracer 2215RN, rated to up to 20 amps↩
5. From Sparelys.no, as far as I can see they have the best price quality ratio of all Norway↩
6. This is because of NATO regulations for military vehicles, the Swedish civilian model is 12 volt↩
7. That's why in houses they use 48 volt solar installations, and why the power grid is using tens of thousands of volts↩